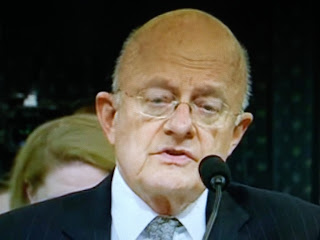 Here's the problem.  It was illegal for Clapper to leak information.
But, nothing happens to these people.  So when do we become a nation under law again?

InFoWars reports former Director of National Intelligence (DNI) turned CNN commentator James Clapper not only leaked information related to the infamous “Steele dossier” to CNN’s Jake Tapper while Clapper was in office – it appears he also lied about it to Congress, under oath.

Clapper was one of the “two national security officials” cited in CNN’s report -published minutes after Buzzfeed released the full Steele dossier.

So Comey said that Trump needed to be briefed on the Dossier’s allegations since CNN “had them” – because James Clapper, the Director of National Intelligence at the time, provided that information to the same network he now works for.