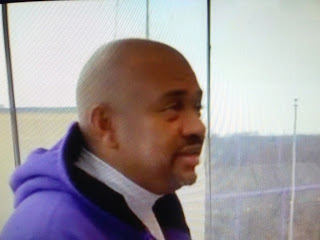 This statement is actually an insult to original slaves who were brutally mistreated and weren't paid millions for the trouble.
To call highly paid and pampered athletes slaves is an insult to my intelligence!  Gimmie a break!


Washington Times reports on the same day that Jemele Hill was suspended from ESPN for tweeting about politics, another network personality, Michael Wilbon, compared Dallas Cowboys owner Jerry Jones to a slave owner.

Mr. Wilbon, co-host of “Pardon the Interruption,” took issue with Mr. Jones’ stance that players who do not stand for the national anthem before football games will not play.

“And the word that comes to my mind―and I don’t care who doesn’t like me using it―is plantation,” Mr. Wilbon said on Monday’s show. “The players are here to serve me, and they will do what I want. No matter how much I pay them, they are not equal to me. That’s what this says to me and mine.”