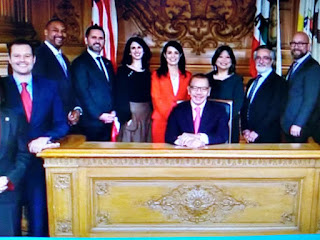 San Francisco was once a beautiful city.  But, under pathetic Democrat leadership it has morphed into a crime riddled shithole!
Trying to change the language of crime won't make it go away.  The board of supervisor are a bunch of idiots that are ruining this once great city.

NY Post reports crime-ridden San Francisco has introduced new sanitized language for criminals, getting rid of words such as “offender” and “addict” while changing “convicted felon” to “justice-involved person.”

The Board of Supervisors adopted the changes last month even as the city reels from one of the highest crime rates in the country and staggering inequality exemplified by pervasive homelessness alongside Silicon Valley wealth.