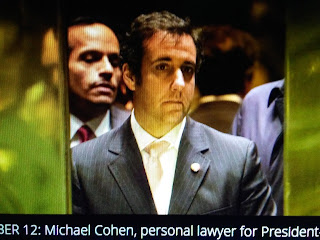 Sorry but after seeing Hillary Clinton get away with breaking multiple federal laws for mishandling classified information,
then destroying evidence, and seeing how FBI officials bent over backwards not to catch her in a lie, forgive me for not having faith in our system of justice.

After seeing how a FISA warrant was issued using a fake document funded by a political opponent-Hillary Clinton,  was used to spy on Americans.  Seeing how FBI officials schemed and lied to make it happen, why should any American believe that a warrant issued to search Michael Cohen's office and home was done with the utmost integrity in motive and procedure?

There is no reason to believe it or trust it!