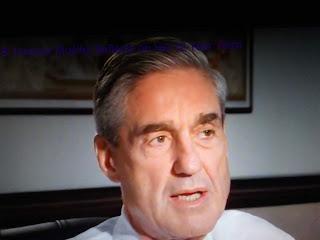 It's been my claim that besides this Kangaroo probe being a diversion from real crimes committed by the Obama regime and Hillary Clinton, Mueller has padded his retirement fund.
Again, we need to see Robert Mueller's financials since the start of this thing.  Has he purchased any property during this time?


NewsMax reports Special Counsel Robert Mueller’s investigation into Russia’s interference in the 2016 election has cost more than $16 million during its first year, according to the Justice Department.

The department on Thursday released the latest spending tally, compiled by Mueller’s office, showing that $10 million was spent from Oct. 1 to March 31. Mueller’s direct spending during the time period was about $4.5 million.