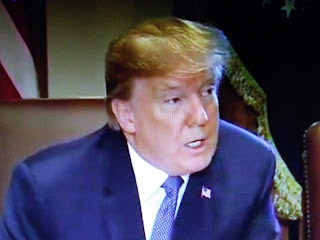 This is what happens to an American economy with a president who knows how to stimulate it
as opposed to a president who only knew how to give speeches and say climate change was our biggest danger.

On Friday, the Labor Department's Bureau of Labor Statistics said the economy added 213,000 jobs in June, a strong number; the number of employed Americans, 155,576,000, set its tenth record of the Trump presidency; but the number of unemployed Americans  (which includes people who are actively looking for jobs) increased by almost half-a-million.  The unemployment rate increased two tenths of a point to 4.0 percent.