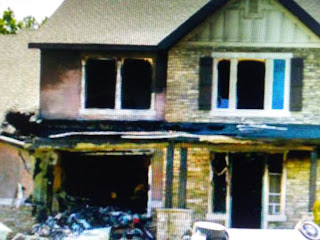 It's a miracle his wife and kid weren't hurt.
I can't believe this story!

AOL News reports a pilot crashed a plane into his own home in Utah early Monday — just hours after he was arrested for domestic violence.

The fatal crash in Payson took place just before 3 a.m., and after 47-year-old Duane Youd had been cuffed following an incident at 7:30 p.m. the night before.

Youd was killed and the plane was destroyed, but despite the presence of a "significant fireball," Youd's wife and child were unharmed.