TENSE: 3 Arrested After Violence Erupts Outside NYC Republican Club Even 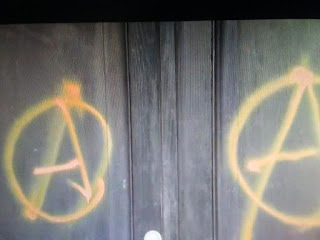 This a very slipshod report by CBS because it doesn't tell the full story.
Leftist groups such as Atifa and others funded by George Soros are the people instigating the violence.  That's the part of the story the mainstream media are omitting from these violent clashes throughout the country.

CBS New York reports three people were arrested in New York City following violent clashes after a speech by the founder of a far-right group, and police say they are reviewing video and may make additional arrests.

According to authorities, Finbarr Slonim, Kai Russo, and Caleb Perkins were taken into custody after police arrived at the Metropolitan Republican Club around 8 p.m. on Friday.

The violence erupted following a speech by Gavin McInnes, the founder of the male-only far-right group the Proud Boys, who describe themselves as “western chauvinists.”