Kellyanne Conway jabs Pelosi: ‘Nothing screams youth and energy like a 78-year-old speaker’ 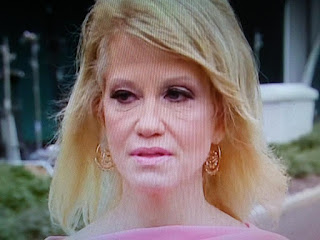 Kellyanne always brings it.  Too bad not enough men in the GOP has her moxey.

Ms. Conway dismissed Rep. Nancy Pelosi’s comments on NBC’s Today Show that Mr. Trump doesn’t know how to deal with powerful women, citing the number of women he has placed in the administration.

“The incoming Speaker — to come in and say to try to insult the president personally is very poor form,” Ms. Conway told Fox News.

“Nothing really screams youth and energy like a 78-year-old speaker and Joe Biden running for president,” she added, taking a swipe at the Democratic Party leadership.