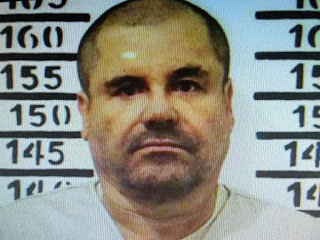 I think it would poetic justice as well as American justice to use that money for a border wall.
There's no reason why it shouldn't and the Democrats can't do a damn thing to stop it.  If they did, they lose politically in a massive way.

That’s one of the questions many are asking on Tuesday following news of the former drug kingpin being found guilty on all counts.

Mexico’s most notorious drug kingpin, Joaquin “El Chapo” Guzman, will spend the rest of his life in prison after a jury found him guilty on all 10 counts following a three month trial.