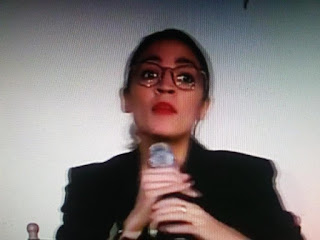 How does an ex-bartender get to owe so much in taxes?
There's a lot about AOC's past that's being hidden from the public.


Fox News  reports Rep. Alexandria Ocasio-Cortez wants to pass sweeping tax hikes on the wealthy, but the freshman lawmaker might want to take care of her own unpaid tax bill first.

Brook Avenue Press, a company she founded in 2012 to publish children’s books in The Bronx, owes the state $1,870.36 in corporate taxes, public records show.

The state slapped the company with a warrant on July 6, 2017, two months after Ocasio-Cortez announced her candidacy to run against Democratic incumbent Joe Crowley for the district that encompasses parts of Queens and The Bronx.