If Mayor Pete Buttigieg thinks God created him to be Gay, then he's sadly mistaken and in tremendous Biblical error and heresy 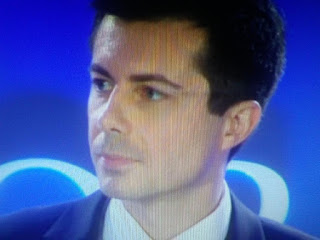 I've read in places that Mayor Pete Buttigieg is a deeply religious Episcopalian.   That's a joke
because the Episcopal Church along with other mainline churches have become  so Liberal, it's impossible to distinguish between them and the Democrat National Committee.

In my opinion, they are no longer Bible based churches at all.  What they really are is social clubs that carry church-like atmospherics but instead of preaching orthodox Christianity,  they offer an extremely watered-down gospel.

This is the atmosphere that produced a Pete Buttigieg who thinks as a practicing non-repentant homosexual that he's not in conflict with Scripture.  He most certainly is.  But, these churches use different bibles that teach Gay Lesbian theology, or Feminist theology or other forms of Liberalism couched in a bible-like book.

It's all Biblical heresy!

God did  not create Pete Buttigieg to be a Gay man.  That's a lie from the pit and hopefully one day he'll recognize that before it's too late.   He's Gay by choice-period full stop! He needs to stop blaming God for his choices and accept responsibility for his own actions.
at 4/08/2019 10:47:00 PM