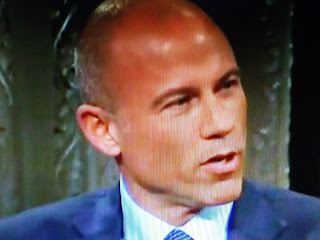 Remember when the corrupt mainstream media couldn't get enough of Michael Avenatti?

The media and the Democrat party wanted to believe Michael Avenatti was their champion to take down Donald Trump.  They thought he along with Stormy Daniels was the key to remove Trump form office.

It was obvious that he was nothing but a sleazy ambulance chaser.   But, it's worse than that.  Michael Avenatti might go down as the Bernie Madoff of the legal profession after getting indicted on 36 charges taxes fraud, theft, perjury and loads of unethical behavior.