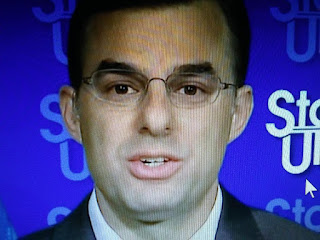 This scumbag needs to leave the GOP entirely
and join his fellow compatriot Rashida Thaib, also from Michigan.

Amash, speaking at a Freedom Caucus board meeting, insisted his departure was voluntary. Amash said he did not want to continue to be a "further distraction" for the caucus, which is chaired by North Carolina GOP Rep. Mark Meadows.