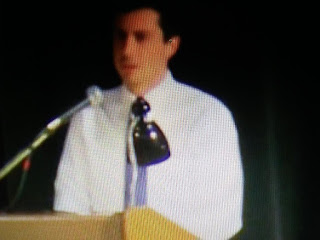 This shooting comes at a very bad time for Mayor Pete.
I've seen this movie before.  It's the same old script that comes from the Left whenever a black man is shot by a white cop.  I am not a supporter of Pete Buttigieg,  He's  the biggest phony in the Democrat field and it would be a huge mistake on multiple levels if he ever got elected president.  Having said that, if the guy who got killed was a criminal involved committing crimes, then I side with the police nine times out of ten.  The fact remains blacks are killed by other people of color by a rate over 95%.  But, that issue never gets addressed.  Look at Chicago for a good example.

Daily Mail reports Mayor Pete Buttigieg, a 2020 Democratic hopeful, was heckled during a town hall meeting he convened on Sunday to address constituents concerns over rising tensions between the community and South Bend, Indiana Police Department.
The heckler called Buttigieg a 'traitor' during the live broadcast event, which was held exactly a week after a 54-year-old black man was shot and killed by a police officer in South Bend.
Others in the audience continuously interrupted Buttigieg as he spoke on stage, shouting rude comments and profanities the mayor’s way.