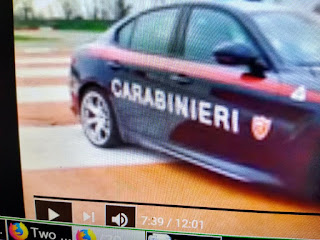 I don't think these two will be seeing the United States for a very long time.
When you seek trouble, trouble will find you.

Daily Mail reports two San Francisco teens on a ‘drug holiday’ in Rome have been arrested in the Italian capital on charges of murder and attempted extortion in connection with the fatal stabbing of a police officer on Friday morning.

In a statement, Roman police revealed that both of the men had been interrogated by Carabinieri officials and, ‘in the face of overwhelming evidence’, they eventually confessed to the crimes.