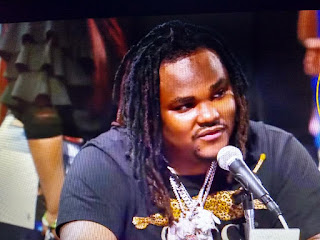 Life is rough in Detroit.

CBS Detroit reports a Detroit-based rapper’s aunt and manager has died after shots were fired at their vehicle.

Tee Grizzley whose actual name is Terry Wallace Jr., his aunt 41-year-old Jobina Brown and another man were in the vehicle Tuesday.

The rapper was not hurt.