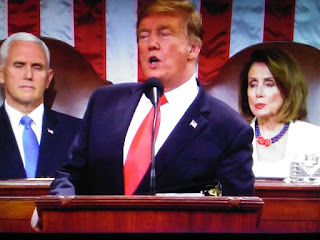 All day I've been seeing that Iran is targeting 35 American targets in retaliation for killing Gen. Soleimani.  Well, not to be undone.
President Trump has put up a number of his own.  52 Iranian targets will be destroyed if Iran has the cajones to start more trouble.  As they say in the hood, don't start none, won't be none!


Fox News reports President Trump issued a stern warning to Iran Saturday through a series of tweets to deter the country from retaliating after the U.S.-ordered airstrike that killed Iranian general Qassem Soleimani Thursday.

"Iran is talking very boldly about targeting certain USA assets as revenge for our ridding the world of their terrorist leader who had just killed an American, & badly wounded many others, not to mention all of the people he had killed over his lifetime, including recently hundreds of Iranian protesters," Trump tweeted