Trump rips 'LameStream Media' for trying to keep the country closed: 'People want to get back to work ASAP!' 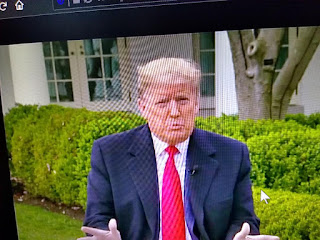 As a leader and visionary, It's Trump's role to set a goal for the United States.
Let's get back to work by Easter!  Not everyone will make it happen.  But, it's the light at the end of the tunnel.

Fox News reports President Trump took aim at the media on Wednesday, accusing them of wanting to keep the country closed amid the coronavirus outbreak in order to hurt his reelection.

Trump has repeatedly expressed his concern that "the cure" of the outbreak could be worse than the disease itself as millions of Americans are out of work due to the shutdown of businesses in order to combat the spread of the virus.

The president went after "the LameStream Media" on Twitter.