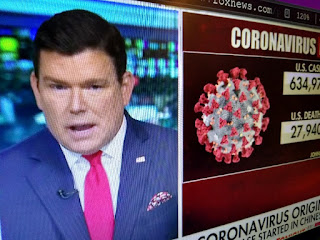 Well, what do you know?
Fox News is behind me by more than a month because I reported on March 10 this virus came from a lab using a Korean News source that was on top of the story from the beginning.

Fox News reports there is increasing confidence that the COVID-19 outbreak likely originated in a Wuhan laboratory, though not as a bioweapon but as part of China's attempt to demonstrate that its efforts to identify and combat viruses are equal to or greater than the capabilities of the United States, multiple sources who have been briefed on the details of early actions by China's government and seen relevant materials tell Fox News.
This may be the "costliest government cover-up of all time," one of the sources said.
The sources believe the initial transmission of the virus was bat-to-human – a naturally occurring strain that was being studied there – and that "patient zero" worked at the laboratory, then went into the population in Wuhan.
The “increasing confidence” comes from classified and open-source documents and evidence, the sources said. Fox News has requested to see the evidence directly. Sources emphasized -- as is often the case with intelligence -- that it’s not definitive and should not be characterized as such. Some inside the administration and the intelligence and epidemiological communities are more skeptical, and the investigation is continuing.