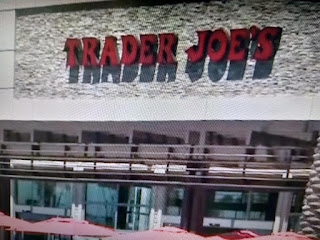 Once again corporate cowardice has reared its ugly head!
Trader Joe's is making a  huge mistake because this gesture is not going to satisfy the woke-idiot class.  They'll be back for more and more.

NY Post reports Trader Joe’s plans to remove ethnic brand names from its products as a petition of only 2,000 names  calling for their removal gains steam.
The California-based grocery chain said it’s working to phase out foreign names it has attached to ethnic foods, such as “Trader José’s” for Mexican cuisine, “Trader Ming’s” for Chinese products and “Arabian Joe’s” for Middle Eastern dishes.
“While this approach to product naming may have been rooted in a lighthearted attempt at inclusiveness, we recognize that it may now have the opposite effect — one that is contrary to the welcoming, rewarding customer experience we strive to create every day,” Trader Joe’s spokeswoman Kenya Friend-Daniel said in a statement.
Trader Joe’s revealed the plans after the launch of an online petition urging the company to ditch “racist” brand names that prop up ethnic stereotypes and treat other cultures as exotic.