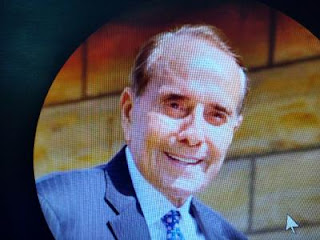 It's obvious to most Americans that the Commission for Presidential Debates are biased toward Joe Biden.

They're supposed to be impartial.  That is not the case and former Sen. Robert Dole confirms that even the Republicans on the commission don't like Trump.  The commission has as much integrity as the mainstream media.

The Commission on Presidential Debates is supposedly bipartisan w/ an equal number of Rs and Ds. I know all of the Republicans and most are friends of mine. I am concerned that none of them support @realDonaldTrump. A biased Debate Commission is unfair.