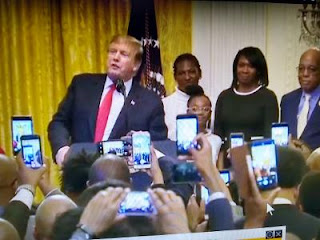 Trump has made series inroads into the black community unlike any other Republican.

WND reports Rasmussen continues to poll President Donald Trump’s support among black likely voters, and for the second week in a row, those numbers show that a game-changing political realignment could be underway.

Trump narrowly won the 2016 election but garnered only about 8 percent of the black vote, according to exit polling.

His opponent, Hillary Clinton, received 88 percent of the black vote in the race.

The notion has been that if Trump could increase his support in that community by even several points, he could poach away at a voting bloc which Democrats desperately need.