The fix in, again!: Moderator for final presidential debate Kristen Welker discovered to have Democrat ties 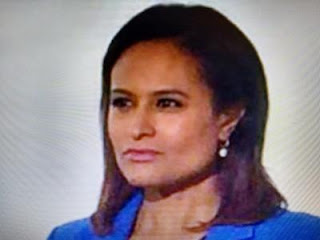 This is the best the commission of presidential debates can do?

All the debates are rigged in favor of Joe Biden.  Corrupt goes to corrupt!

One AmericanMews reports new concerns have emerged regarding the next debate moderator, Kristen Welker, and her alleged ties to the Democrat Party. Reports about the moderator’s alleged Democrat bias broke in recent days, prompting outrage from supporters of the President.

This came several days after the second debate moderator, Steve Scully, was also discovered to have a significant left-leaning bias.

NEWS via @AP: C-Span has suspended Steve Scully indefinitely after he admitted he lied about his Twitter account being hacked. https://t.co/IWC7whV7Tg