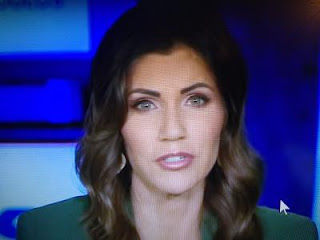 Gov. Noem I think is a series contender for a 2024 run for the GOP nod.

But, that's a long way off.  For now it's Georgia and the mid terms to get back the House and make Joe Biden just a seat warmer.

In a Sunday interview on ABC’s “This Week", the Republican governor argued that President Trump should be allowed "his day in court," pointing to Gore's 37-day legal effort to challenge the results of an election too close to call on Election Night.