Proof that progressive govt DOES NOT work in the real world: People were fleeing de Blasio’s NYC well before COVID-19, city data shows 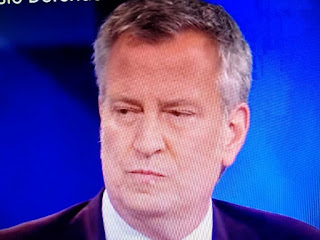 It's nothing but fool's gold for the uninformed because wherever progressive government takes hold in California and New York, cities like San Francisco, Portland, New York, Chicago and other Blue run city, people leave because life becomes a miserable mix of high crime, unrest, quality of life worsens in every single one of these places.

How much proof is needed?

Progressive government destroys, ,it does not enhance life!

NY Post reports this is one nasty city trend that Mayor Bill de Blasio can’t blame on a “perfect storm.”

New York City’s population shrank significantly even before the COVID-19 pandemic took a bite out of the Big Apple, city data reveals.

The figure, if accurate, would represent the biggest one-year population drop since the 1970s.

Mayor Bill de Blasio along with Andrew Cuomo has done more to destroy the quality of life in New York in record time.  Progressivism DOES NOT WORK!!!