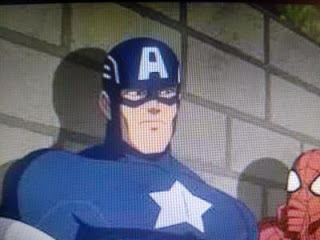 If Marvel wanted a Gay super hero, why not create new character?  It makes no sense to me taking an existing character and make him Gay.  It's lazy writing!

NY Post reports Marvel Comics unveiled its first gay Captain America character this week — and is set to debut the role in June during Pride Month, a report said.

In the storyline, Fischer, who protects homeless youths and runaways, is discovered when Steve Rogers and three other characters launch a mission to find Steve’s missing shield, the report said.