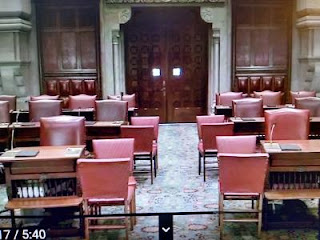 This is the stupidness of Denocrat-one party control of a state.  Like California, people are fleeing New York because of high taxes and woke policies like no cash bai, high crime, and quality of life turning into shit! And when the rich move out who pays the taxes?  The middle class!  Democrats never understands that.

NY Post reports New York wants to sock it to Wall Street and the wealthy.

Both houses of the state legislature have proposed budgets that include nearly $7 billion in new and increased taxes on businesses and the rich.

The tax raises come despite a $100 billion avalanche of fresh federal aid to New York, including $12.6 billion directly to state government coffers.

Assembly leaders crowed in a press release Sunday that state lawmakers are proposing a $208.3 billion budget for the next fiscal year.