Jim Acosta: If The President Calls us Fake News, Do We Just Take It? 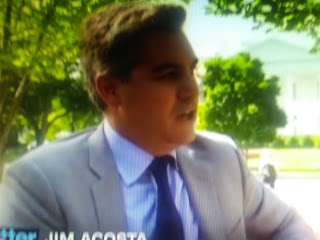 The answer is simple, Jim.  When you stop being a fake news reporter, then you'll stop being called fake news.
The man is clueless!

Free Beacon reports on CNN's "Twitter & Trump" special Tuesday night, CNN White House correspondent Jim Acosta recounted his Wikipedia page being vandalized after being called "fake news" by President Donald Trump.
"The President of the United States called me fake news and on the day he called me fake news, somebody went on my Wikipedia page and changed my Wikipedia page to say that I had died that day, that I had died on January 11, 2017," Acosta said.
"Really," host Bill Weir flatly replied.