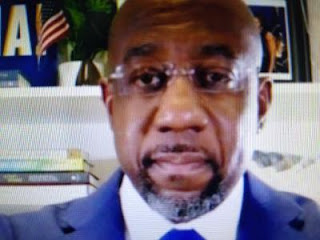 There's going to be Hell to pay when the base of the GOP primary every wreak GOPer in two years!

The AP called the race for Warnock at 2 AM ET.

There were several reports of Dominion machines breaking down in heavily Republican precincts where the voters were told the elections officials will scan their ballots later.

Poll observers in Fulton County on Tuesday were being blocked by barriers.