Still No there There: Carter Page’s House Testimony Provides New Insight Into The Steele Dossier 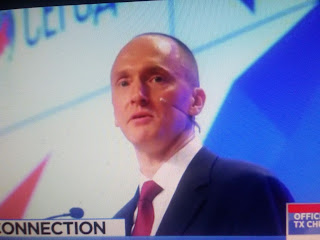 The bottom line?  There's no there, there and gossip, innuendo, and will allegation amount to a whole lot of nothing that Robert Mueller is wasting taxpayers dollars on.
Let's remember "collusion" is not a crime.  So why are we doing this again?


Daily Caller reports some of what former Trump campaign adviser Carter Page disclosed in testimony to the House Intelligence Committee last week matches up loosely with allegations made in the infamous Steele dossier, according to a transcript of his interview released on Monday.

In particular, Page’s statements about a trip he made to Moscow in July 2016 included details that are laid out in the dirty document, which was financed by the Clinton campaign and DNC and authored by former British spy Christopher Steele.
In his closed-door interview last Thursday, Page vehemently denied the most serious allegations made against him in the dossier, such as that he was the Trump campaign liaison to the Kremlin for the alleged collusion scheme. (RELATED: Read Carter Page’s House Testimony)