MSM misinformation: CBC Instructs Kids on How to Shut Down Their Parents’ “Conspiracy Theories” 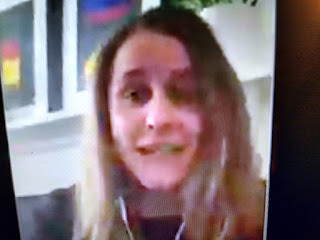 Although this story is about CBC News, the equivalent of the MSM in the United States, the same can be said of CNN or MSNBC.
Youtuber Jimmy Dore once said, "The term "conspiracy theory" was invented by the CIA to label a person who is wise to their bullshit.  Say pay close attention to how the term is used.  A lot more often than not than not, the so-called conspiracy theory is dead on accurate to what is the truth.

InFo Wars reports a CBC News (Canadian Broadcasting Corporation) report gives kids advice on how to shut down “conspiracy theories” voiced by their parents about coronavirus being created by China in a lab.
Because apparently that’s the media’s job now.
The presenter laments how somebody’s Dad may drop a message into chat blaming China for “manufacturing the coronavirus” with a “link to a site you’ve never heard of” (translation – a link that’s not, God forbid, mainstream media).
The piece then features a woman from a group that combats “misinformation online” who urges the son or daughter not to get confrontational with their Dad but to accuse him of being accurate and stirring fear.

At one point in the piece, the reporter even suggests that conspiracy theories can be “just as dangerous as a virus.”

Is uncle Bob spreading COVID-19 misinformation in the family group chat? This doesn't have to be awkward. pic.twitter.com/SxX5HVqY9a
— CBC News: The National (@CBCTheNational) April 15, 2020