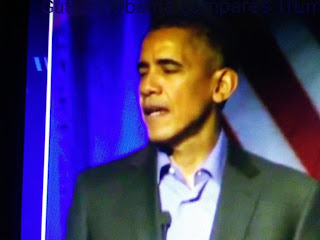 Is this really a surprise considering Obama gave Iran billions of dollars on a wooden pallet the way Mexican cartels do business?

Fox News reports the Obama administration gave a free pass to Hezbollah’s drug-trafficking and money-laundering operations — some of which were unfolding inside the U.S. — to help ensure the Iran nuclear deal would stay on track, according to a bombshell exposé in Politico Sunday.
An elaborate campaign led by the Drug Enforcement Administration, known as Project Cassandra, reportedly targeted the Lebanese militant group’s criminal activities. But by tossing a string of roadblocks holding back the project, Obama administration officials helped allow the 35-year-old anti-Israel criminal enterprise to evolve into a major global security threat bankrolling terrorist and military operations, the report added.
“This was a policy decision, it was a systematic decision,” David Asher, who helped establish Project Cassandra as a Defense Department illicit finance analyst in 2008, told Politico. “They serially ripped apart this entire effort that was very well supported and resourced, and it was done from the top down.”