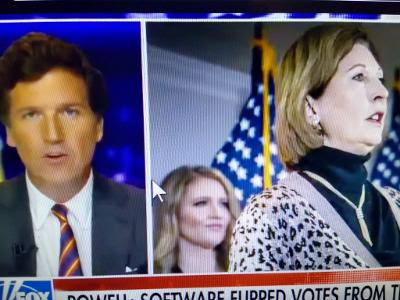 It pains me to say, but Tucker Carlson has taken a huge step backward in credibility.

No other talking head says the kind of stuff he says with conviction slamming the rest of the mainstream media, Democrats, Black Lives Matter and Antifa the way Tucker Carlson does.  He's the closest thing on cable to Rush Limbaugh there is.  No one else comes close out side of NewsMasx and One America News.

However, the Fox News Channel has shifted drastically leftward in focus as a result of Rupert Murdoch's sons getting more involved in taking over the business.

At this point where is the difference between Fox and CNN?  They're both parroting the same talking points and that's a bigger scandal than Tucker Carlson's credibility.

It's not the same Fox anymore and viewers are voting with their clickers and switching to NewMax and One America News.  Very sad in my opinion but it is what it is.