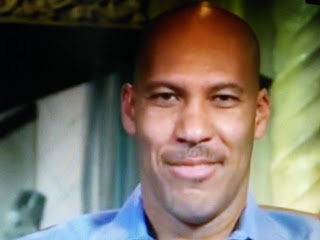 Oh, for all the ungrateful talk, Ball does a gesture of gratitude?

NewsMax reports LaVar Ball sent President Donald Trump a pair of Big Baller Brand ZO2s — the signature shoe of Los Angeles Lakers rookie Lonzo Ball — after feuding with the president about the release of Ball's other son, LiAngelo, from a jail in China, TMZ reported.

"I sent Trump his shoes," the elder Ball told the outlet at Staples Center after Lakers vs. Warriors. "He should have them — unless they took 'em!"