What fighting back looks like: Trump, I use social media to fight ‘dishonest and unfair press’ 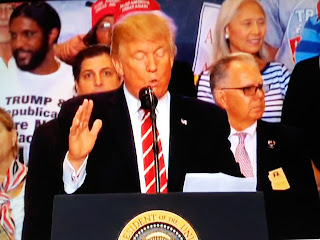 I really laugh at critics, especially the idiots the conservative side who want Trump to stop tweeting.  What fools!  Half of the country don't who Andrew McCabe is, or the other jokers at the FBI because the corrupt media shields the truth from being exposed.  That's why Trump's tweets are vital!


NY Post reports President Trump on Saturday paused from his holiday break to slam the news media on Twitter.

“I use Social Media not because I like to, but because it is the only way to fight a VERY dishonest and unfair “press,” now often referred to as Fake News Media,” he posted at 5:42 p.m.

“Phony and non-existent ‘sources’ are being used more often than ever,” he continued. “Many stories & reports a pure fiction!”

The broadside came hours after a New York Times report – based on anonymous sources – alleged that former campaign aide George Papadopoulos triggered the 2016 FBI investigation into Trump’s relationship with Russia.