Father of the Year: Dad with a hunch hires helicopter, finds injured son trapped in car 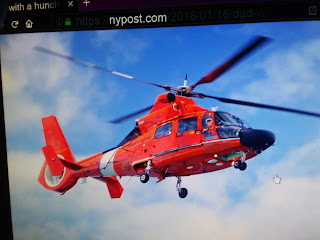 Three cheers for this great Dad!

NY Post reports the father of a teenager who spent 30 hours trapped in a car wreck in Australian woods said Tuesday he had followed his intuition by hiring the helicopter that found his seriously injured son.

Samuel Lethbridge, 17, remained in a hospital in serious condition with multiple fractures two days after the crash.