Prelude to Democrats getting rocked: House Intel Committee Has Received All Docs On Trump Dossier From DOJ, FBI 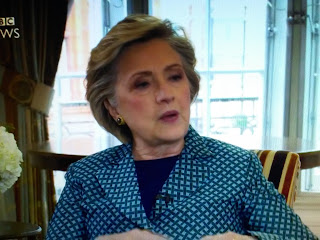 As a result of a news blackout by the corrupt media, millions of Americans are unaware that the real collusion was between Hillary, the Obama regime which includes the FBI and the Russians.
A rude awakening is afoot!


Daily Caller reports House Permanent Select Committee on Intelligence members gained access to all Department of Justice and FBI documents it possesses on the Trump dossier, The Daily Caller News Foundation has learned.

The committee was able to review Friday all FBI and DOJ documents on the Trump dossier, former MI-6 British agent Christopher Steele who authored the dossier, and Fusion GPS, the political opposition firm that hired Steele. DOJ also provided Obama administration applications to the Foreign Intelligence Surveillance Court, which could approve the surveillance of the Trump transition team, according to a source with direct knowledge of the case.

The information could serve as a key breakthrough in the committee’s investigation of Steele, Fusion GPS and the Russians who influenced the dossiers’ contents.