If Deputy Didn’t Have the Heart to Go In, That’s Not My Responsibility, Says Broward County Sheriff Scott Israel 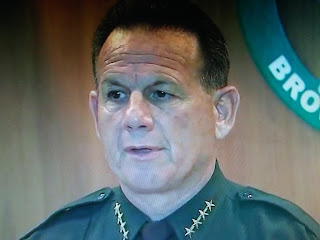 I'm a huge supporter of the police.
But, I can't remember a worse performing police department in my memory.

Breitbart reports Broward County Sheriff Scott Israel told a reporter that his deputy failing to enter the school while the shooting was in progress was not his responsibility.

“I gave him a gun. I gave him a badge. I gave him the training,” Sheriff Israel told an NBC6 South Florida reporter in a video interview tweeted by Erika Glover. “If he didn’t have the heart to go in, that’s not my responsibility.”