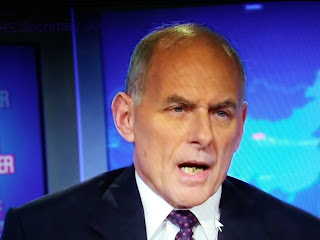 Good of Kelly to spring into action and make sure America's security is maintained.

When the American military aide carrying the briefcase with the nuclear launch codes, who is supposed to be close to the president at all times, tried to enter the Great Hall, Chinese security officials blocked his way, according to five sources familiar with the events.