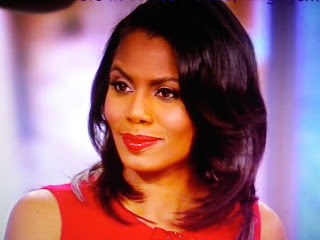 The downturn for Omarosa continues.
It's a shame how she is so self-destructive.


EW reports Omarosa may be on her way out but she still has plenty more to say about her time in the White House.

In this clip from tonight’s episode of Celebrity Big Brother, Omarosa tells her fellow houseguests about how they shouldn’t be so quick to want President Donald Trump out when Vice President Mike Pence is such a “scary” alternative. Omarosa and Keshia are up for eviction.

“You would be worried about Pence,” Omarosa says to the others. “We would be begging for days of Trump back if Pence became president. He’s extreme. I’m Christian, I love Jesus, but he thinks Jesus tells him to say things.”