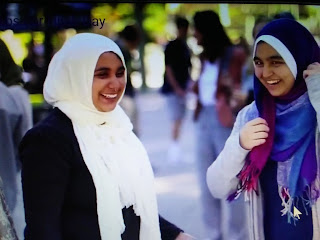 Gimmie a break!
My hard earned tax dollars are being spent for this crap!


Fox News reports New York City will have to pay out $180,000 to three Muslim women after forcing them to take off their hijabs for mugshots.

The three women settled for $60,000 each.
Some cases date to 2012, when a high school girl – identified as “G.E.” – was arrested after a brawl with two other girls whom she thought spread gossip about her.

G.E. was initially brought to a local police station and was told to take off her hijab. G.E. refused and was taken to a secluded room where a female police officer took her photo outside the presence of any men, the Daily News reported.