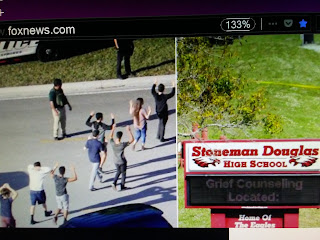 There more we learn about this incident, the more its becoming obvious the Broward police may be the worst police force in the country.

Fox News has learned that in the critical moments as first responding deputies were searching for an active shooter on the property of Marjory Stoneman Douglas high school, a commanding officer on scene apparently ordered some of the initial responders to “stage” and set up a “perimeter” outside -- instead of immediately ordering or allowing officers to rush in to neutralize the suspect, Nikolas Cruz.

“It’s atrocious,” a law enforcement source who was on the scene after the shooting told Fox News. “If deputies were staging it could have cost lives.”

The law enforcement source said responding deputies and officers were called to an active shooter scene in which they are trained to immediately “go, go, go” toward the direction of the shooter. “Every second is another life,” the source said.