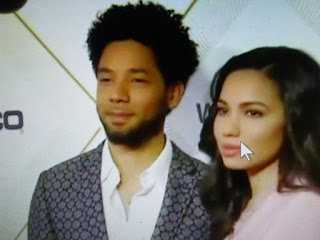 It's funny how the mainstream media is giving the aftermath of this story scant coverage.
But, I guess it really sin;t that surprising.


Fox News reports Jussie Smollett's crisis manager defended the "Empire" actor on Tuesday, saying police have found his account of an alleged attack and possible hate crime to be “consistent and credible” -- after detectives said redacted phone records meant to corroborate his story were “insufficient.”

Smollett, who is black and openly gay, told police that while walking home to his apartment earlier this month, he was accosted by two men who hurled racial and homophobic slurs at him. He said the two men beat him and poured an “unknown chemical substance” on him