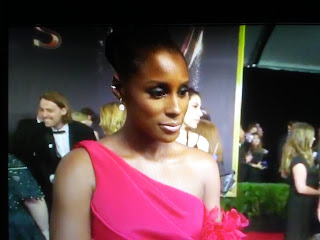 This is all it takes to be a good Hollywood Liberal and they really don't have to mean a word of it.

Variety reports Issa Rae, creator and star of HBO’s “Insecure,” was happy to get candid about who she was rooting for to win at this year’s 69th Primetime Emmy Awards, despite her own show’s snub.

“I’m rooting for everybody black,” she said from the red carpet. “I am!”
She also expressed appreciation for “Insecure’s” audience, stating that their support of her and the other writers allowed them to tell stories from their own personal experiences in Season 2.


Well, then it would be okay for White actors and producers to root for everybody White, right?