They (The Swamp) got to Ralph Peters 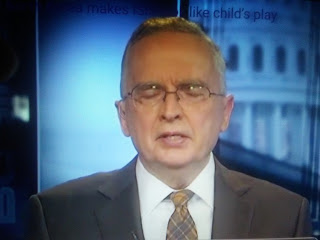 I just wanted to go on record to say that the Ralph Peters who resigned from Fox News the other day  is not the Ralph Peters I used to know.
Something happened to him.  And although I don't know the how, it's pretty obvious who is the who.  The Swamp has compromised Peters.  He is not himself anymore and it’s sad.


The Intercept  reports Ralph Peters, a longtime Fox News analyst, just quit his job there because, he says, Fox News “is assaulting our constitutional order and the rule of law. … Fox has degenerated from providing a legitimate and much-needed outlet for conservative voices to a mere propaganda machine for a destructive and ethically ruinous administration.” In particular, Fox News hosts “now advance Putin’s agenda by making light of Russian penetration of our elections and the Trump campaign.”

So, now’s a good time to remember an obscure, hilariously hateful moment in Peters’s pundit career — one that says a great deal about both him and his now-former employer.