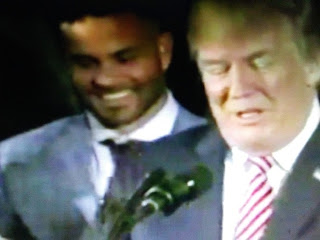 Speaking as the World Series champion Houston Astros visited the White House, Trump asked Rep. Kevin Brady, R-Texas, whether he planned to cut taxes further. Brady and GOP Sens. John Cornyn and Ted Cruz were among the lawmakers from Texas attending the event.

"Kevin, are we going for an additional tax cut, I understand?" Trump asked, drawing laughter from those gathered for the event. "Huh? He's the king of those tax cuts, yeah? We're going to do a phase two, I'm hearing that. You hear that, John and Ted? Phase two. We're actually very serious about that, Kevin. So, it's good."