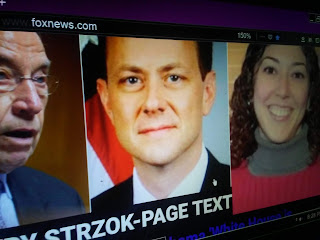 Good luck, Chuck trying to get the information.
The DOJ has been stonewalling Congress for months.

Senate Judiciary Committee Chairman Chuck Grassley, R-Iowa, drew particular attention to one text that suggested the Obama “White House is running this,” in reference to an unspecified investigation.

But, like in so many of the files, a name was redacted and the context was unclear, though one report suggests that was related to the Russia probe.
In a letter sent Wednesday to Deputy Attorney General Rod Rosenstein, Grassley called for all redactions to be removed.