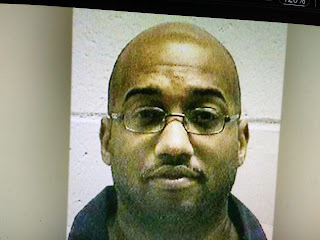 Was is supposed to be a pleasurable experience?  He should thought about that before killing a Cop!

NY Post reports a Georgia inmate executed Friday for a 1996 shotgun slaying twitched briefly as the lethal injection flowed into his body and groaned, “It burns, man.”

Robert Earl Butts Jr., 40, was declared dead by a prison warden at 9:58 p.m. after the compounded barbiturate pentobarbital was injected into his body. Prison officials said he had declined to take a sedative.

Strapped to a gurney with his arms out to his sides, Butts kept his eyes closed throughout the procedure. A tube that delivers the killing drugs through a wall appeared to pulse soon after the warden left the death chamber at 9:42.