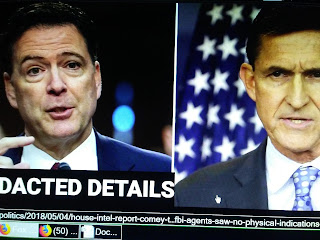 So how the Hell does Michael Flynn gets charged with lying?
Looks like a corrupt justice system that picks and chooses who faces justice, Flynn, and who doesn't, Hillary!

Fox News reports former FBI Director James Comey testified to the House Intelligence Committee that FBI agents did not believe that Michael Flynn, who was national security adviser, intentionally lied about talks with Russia’s ambassador, according to a newly unredacted report from the committee.

“Director Comey testified to the Committee that ‘the agents…discerned no physical indications of deception," said a new version of the report obtained by Fox News on Friday. "They didn’t see any change in posture, in tone, in inflection, in eye contact. They saw nothing that indicated to them that he knew he was lying to them.’”